The nine powers that can change the world, "Nine Hearts"
Created by famed illustrators and scenario writers!
A fantasy masterpiece that will take your breath away![Hold up! Brief intro to the main characters]
- Tylus: An unfortunate warrior who lost his memory after being hit on his head by a "heart" piece.
- Rurika: A cute archer and also Tylus' younger sister who cares deeply for her older brother.
- Artemisia: A mysterious mage that hired Tylus and Rurika as mercenaries.
- Princess Justina: The princess of the Star Kingdom blessed by a goddess.
- God Ethos: The God that created the world with "hearts"
- Philos Goddess: A goddess that fell in love with her older brother "Ethos". She threw the "hearts" into the world and brought disaster upon the world.
[Massive Fantasy Adventure Drama]
- A robust script written by renowned writers!
- Complete quests and unfold the untold stories of the heroes!
[Unique Ally System]
- Go into combat with Allies! Unique Ally swapping combats!
- Beautiful illustrations produced by many named artists including Mr. Myung Jin Lee from Ragnarok.
- Unleash the fun by collecting Allies & creating strategic decks!
[Real-time Co-op Play]
- Battlefield of Gold/Boss Raid/Time Rift etc.
Multi-player combat mode that you can enjoy in real-time!
[Various Entertainment]
- Each difficulty with around 160 stages!!
- Fighter's Arena/Labyrinth/Battlefield of Gold/Boss Raid/Time Rift etc.
Unlimited contents waiting just for you!
* This game requires the following permissions for optimal gameplay.
- Permission to sync your Address Book and access device status for Friend Invites
[READ_CONTACTS, READ_PHONE_STATE]
- Permission to sync your Google account
[GET_ACCOUNTS]
- Permission to save necessary game data externally
[READ_EXTERNAL_STORAGE, WRITE_EXTERNAL_STORAGE]
** This game is available in English
** There may be additional costs when trying to obtain certain items.
* GAMEVIL Official Website : https://www.withhive.com
* GAMEVIL Customer Support : https://global.gamevil.com/support/ 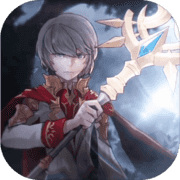 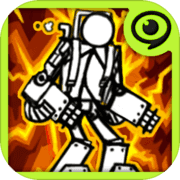 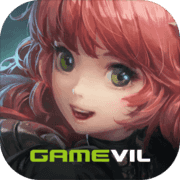 The nine powers that can chang

The nine powers that can chang