Expected release in 2020 on iOS/Android

Izanagi Games has announced “Death Come True”, a full-motion video game directed and written by Danganronpa series creator Kazutaka Kodaka. Platforms and release window were not announced. It is tentatively scheduled to release on Mobile / NS / PS4 / PC in 2020. The specific launch platform will depend on the further announcement.
Players will act as a wanted person with amnesia, using the ability to trace time back at the time of death, constantly searching for the truth of the event. 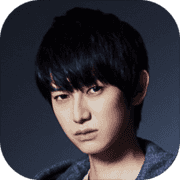